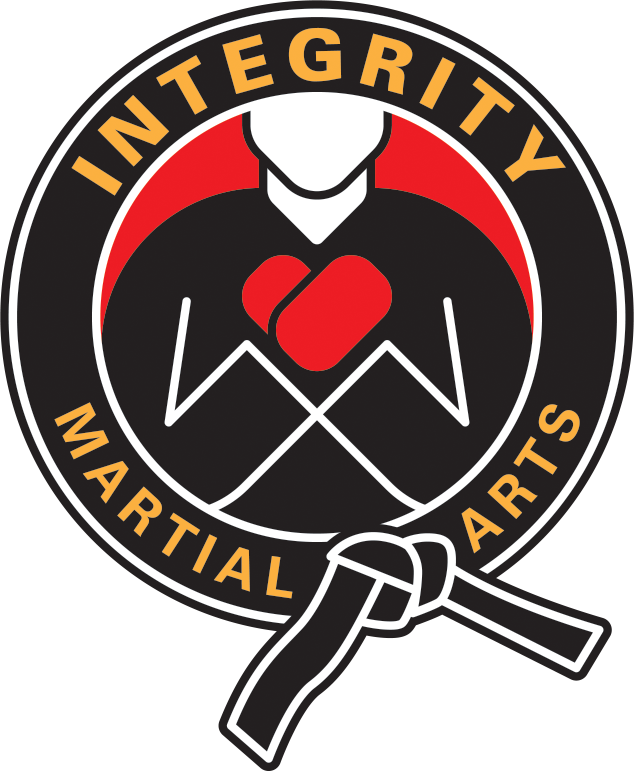 Secure your spot and get started today with our EXCLUSIVE offer!

By opting into the web form above you are providing consent for Integrity Martial Arts to send you periodic text messages. Standard rates may apply. You can reply HELP at anytime or learn more. You may opt-out anytime by replying STOP.
ACCESS OUR SCHEDULE
& EXCLUSIVE WEB SPECIAL

Secure your spot and get started today with our EXCLUSIVE offer!

By opting into the web form above you are providing consent for Integrity Martial Arts to send you periodic text messages. Standard rates may apply. You can reply HELP at anytime or learn more. You may opt-out anytime by replying STOP.

My girl joined the school when she was 6 year old. she already 8 now, and every class period is still as excited as the first day for her. The kids not only learn martial art but being shaped up for important characteristics in life like integrity and passion which was implied in every talking, teaching, and training at this school. My daughter is growing her manner and respect for others, as well as self discipline. This is a great environment to be around for youngsters and youths!

Our son has learned so much here since starting almost 2 years ago and now his dad has joined. The instructors each have a unique way to teach the young ones as well as the adults.

The instructors here are incredibly patient with the littles. Very attentive to each student in every class.

The moment I chose to join my son on the mats with these incredible instructors was a defining moment in my life. I have gained a new family, and a wonderful group of friends from this school. This is a truly wonderful place to train and learn, not only martial arts, but how to better yourself.

Awesome place. They have done an awesome job with my son in a very short amount of time 👍

Integrity Martial Arts is an excellent school, run by three amazing people. Kevin, Dan, and Bridgette are not only very talented martial artists but they obviously have a passion for both Martial Arts and teaching, which comes across in every class. I have trained with quite a few Martial Arts instructors and these guys definitely rank up there with the best of them. Each student is treated politely and with respect at all times and made to feel as though they are an important part of the school. This attitude from the instructors and other students is a superb example to the younger students and my daughter has certainly benefited from having such positive role models. Classes are available for all ages (4+), and cater to people of all levels of ability and physical fitness. The enthusiasm of the instructors is contagious and the family friendly atmosphere makes it a real pleasure to train at this school.

These three are passionate. Not just about martial arts. They are passionate about building great citizens of the world. I love these guys.

it has really helped shape my son into a really good and responsible person. he absolutely loves going.

“With my Beginner’s Mind, I will develop my Black Belt Body, so I can Lead with my Warrior’s Heart”

Welcome to Integrity Martial Arts’ Blog! Our instructor team is excited to begin this series, with weekly posts on Monday. Every month we will have topics on the different values of martial arts: from Self-Defense to Character Building, Striking Fundamentals to Grappling, and Cardio Exercise to Strength Building. In addition, we will include tips and tricks on making the most of you or your student’s on the mat training successful at home, school or work. At Integrity Martial Arts we exist to empower our team with skills and values for life-long success, and we hope this blog will be a great resource for those hoping to achieve the same.

To begin, I am Joshua Crocker, Assistant Instructor in our Core and Lil Ninjas Programs. I first started martial arts over ten years ago, when I was six years old. As a little kid I struggled with confidence. When around people, I acted very shy and had trouble interacting with others. At home I would get upset and frustrated with myself whenever I didn’t immediately understand or excel with any schoolwork. A friend told my family that martial arts had helped their kid with gaining confidence, so my family decided to have me try out a class. I quickly found myself enjoying training on the mats and was thrilled when I earned my first few belts. Once I turned seven, I was more than ready to move up to the older kids’ class. Around the same time my family started training as well and it soon became something our whole family enjoyed doing together.

When I first started martial arts one of the instructors I met was Kevin Listen. At the time, he had been training and instructing in Tae Kwon Do for around ten years himself (and has earned his Black Belt in TKD and Blue Belt in Brazilian Jiu-Jitsu.) He would encourage me on and off the mats, helping me to gain confidence in myself. In addition, I built character traits such as focus, leadership, respect, and so on. After a few years, I met Dan Bamper, who has black belts in both Tae Kwon Do and Isshinryu Karate. He had been training since he was eight, and was now instructing in my classes while pursuing his Ph.D. at OU. Ever since I first got to work with him, the skills I’ve gained both on and off the mats continue to be elevated. Both Mr. Listen and Mr. Bamper have always been able to help bring the best out me in my martial arts training, which has helped me grow from a shy kid with no confidence, to being a leader wherever I am.

As previously mentioned, another great opportunity I had with martial arts was the chance to train with my family. My sister joined shortly after me, as did both my parents; and when he was old enough my little brother started as well. My mom, Ms. Bridgette as many of you know her, also went on to earn positions on the leadership team, began assisting in classes, and after opening Integrity, earn her Black Belt.

After working together for a couple years, Kevin, Dan, and Bridgette decided to open their own school: Integrity Martial Arts. Our first class was held March 23rd, 2015; we only had 18 students on the mats, which at the time we considered to be huge. Over the last six years our growth has been amazing. From the 40-50 students when we opened to 200+ now.

After six years of training, in September 2016 I earned my Junior Black Belt, being a part of the second group of students at Integrity to be promoted to the Yudansha (Black Belt team). Two years later I earned my full Shodan (first degree Black Belt). It’s been remarkable to get to train alongside our other black belts here, from my instructors to fellow classmates. This June we were excited to promote our 14th and 15th students to Black Belt.

Our instructor team at Integrity Martial Arts is proud to get to work with our students. As I said earlier, at our dojo we exist to empower our team with skills and values for life-long success. Our instructor team has a combined 98 years of training between the six of us.

Mr. Listen and Mr. Bamper have worked to create a curriculum aimed to teach martial arts in many styles that embrace practical self-defense at their core, and to build character skills for life outside of the dojo. Bridgette Crocker is our Program Director and works with our parents and students to optimize their time training on the mats. Since opening we’ve added on three more instructors: Jonathan Stripling, Lead Instructor and Events Coordinator; Debra Holmes, Assistant Instructor and Lead Instructor for the Cardio Kickboxing and Self-Defense for Women Program; and myself.

In addition, our SQUAD Team (Strong, Qualified, Unique, Adaptable, Dedicated) currently includes 10 students chosen based on these leadership traits to learn how to assist with classes. Getting to work with and be a part of our Squad Team is for me, an amazing experience. This is a team who has put in several years of their own training and are now learning what it is like to be teacher. I have learned countless skills as a part of this team that has taken my leadership to the next level and continues to help me as an instructor.

Training doesn’t stop at Black Belt for us though. Our team continues to train in a multitude of styles to better our own training as well as the training of our students. Our key styles we teach are Tae Kwon Do, Isshinryu Karate, Brazilian Jiu-Jitsu, and Cardio Kickboxing. We also incorporate pieces and concepts from Judo, Boxing, and Jeet Kune Do.  Our team has built this program to include elements of each of these styles; we believe there is no best way of doing martial arts, just a best way for each situation. Our core program is for anyone ages 7+ and our Lil Ninja classes are for any kids ages 4-6. We also have several adult classes that specialize in a unique style. Partnered with Redline Jiu-Jitsu, Kevin teaches a Brazilian Jiu-Jitsu class; and partnered with the Texas Isshinryu Karate Kai, Dan and Jonathan teach an Isshinryu Karate class. We are also excited to introduce a brand-new program recently, with our Cardio Kickboxing and Self-Defense for Women classes, run by Debra and Bridgette.

From a student to an instructor, Martial Arts has been and continues to be a huge part of my life. If anyone has been considering trying out a life-changing program for themselves or their kids, I would more than encourage you to come in and jump out on the mats for a class with us. You’ll have a kickin’ good time!

Joshua has been training in martial arts for ten years and been a student at Integrity Martial Arts since we opened. He has a Shodan Black Belt and is an Assistant Instructor in our Core and Lil Ninja Programs. Joshua also is our current Marketing and Graphic Design Intern.